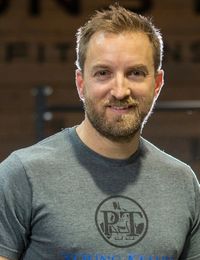 Mike is a graduate from Dalhousie University 2005. He received his FCAMPT (Fellow of The Canadian Academy of Manipulative Therapy) in 2011. Mike the clinic owner of Young Kempt Physiotherapy in Halifax , Nova Scotia and an instructor at Dalhousie University School of Physiotherapy. Mike has a broad patient population from athletes , fitness enthusiasts , to the general public. He has a keen interest in Fitness Athletes and Olympic Weightlifters working in a CrossFit Gym 50% of my time. He has been a Crossfitter and Olympic Weightlifter for the past 6 years and received his CF-L1 (CrossFit Level 1 Trainer) in 2019. Mike is a strong believer in giving people back their independence through strength and conditioning and melding Physiotherapy and Fitness to improve ones overall health and wellness.