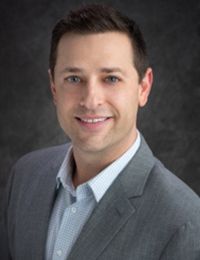 Jason was born and raised in Anchorage, Alaska, and spent his time playing soccer, fishing, cross country skiing, working summers above the Arctic Circle, and camping. After high school, he was recruited as a kicker to play football for the University of Mary in Bismarck, ND. He earned his BS degree in Athletic Training and then chose to attend Pacific University in Forest Grove, OR, where he completed his Doctorate in Physical Therapy. He met his wife, Erin, while attending Pacific and after graduate school they moved to Washington to begin their careers with Providence in Centralia, Washington. Jason worked in acute and wound care for 2 years before being promoted to Rehab Therapy Supervisor for the remainder of his time there, supporting the Manager in overseeing Physical, Occupational, and Speech Therapies.

In 2009, Jason had the opportunity to change paths and work in orthopedics for South Sound Physical & Hand Therapy in Olympia, WA as their Lacey clinic director. A year and half later, he became the Regional Clinic Director, overseeing all 5 locations for South Sound. He continued orthopedic patient care full time and enjoys all aspects of treating in an outpatient orthopedic setting.

In September of 2012, Jason and Erin opened their first clinic, Centralia Physical Therapy. They both practiced in this location until their second clinic, Chehalis Physical Therapy, opened in September of 2017. Erin transferred her practice to the new growing location and started treating patients at the south end of the twin cities. Jason remains in Centralia to lead the team and continue to provide the highest level of care and compassion to his patients.