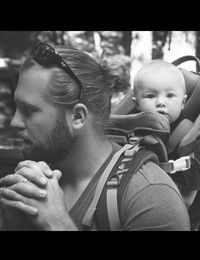 He is a proud father to his son Gus and husband to his high school sweetheart Lauren, is a cancer survivor, avid outdoor adventurer, and Land Rover enthusiast and driving instructor. When not at work, he can be found hiking with his family (including his dogs Huck and Scout), in the gym perfecting his craft, playing golf, or just enjoying life!. He is a proud Jacksonville Jaguars fan (someone has to do it), and a member of the US Soccer supporters the American Outlaws, with a general appreciation for all the athleticism the human body is capable of.